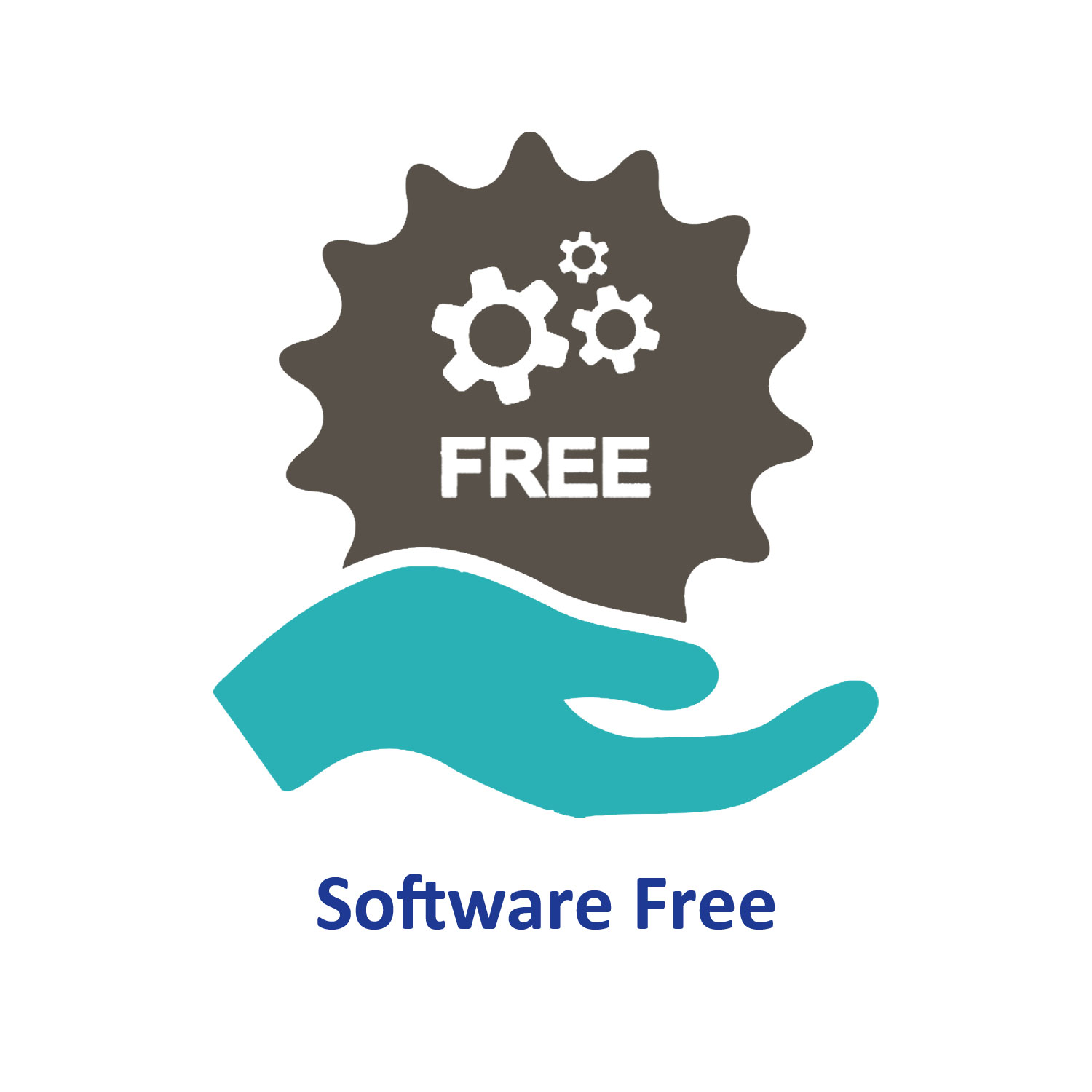 Passquestion team uses professional knowledge and experience to provide MCSE 70-696 Questions and Answers for people ready to participate in Administering System Center Configuration Manager and Intune exam. The accuracy rate of 70-696  exam questions provided by Passquestion are very high and they can 100% guarantee you pass the Microsoft 70-696  exam successfully in the first attempt. Everyone can get 70-696  pdf with free test engine to study. PassQuestion can promise you always have the latest version for your Microsoft 70-696  test preparation and get your MCSE certification easily.

Q1: Can I use 70-696 exam Q&As in my phone?
Yes, PassQuestion provides MCSE 70-696 pdf Q&As which you can download to study on your computer or mobile device, we also provide 70-696 pdf free demo which from the full version to check its quality before purchasing.

Q3: How can I download my 70-696 practice test questions after purchasing?
You can download the 70-696 pdf directly from your member center, our colleague will send the software to your email in attachment or a download link.You need to download the link in a week, it will be automatically invalid after a week.

Q4: How long can I get my MCSE 70-696 questions and answers after purchasing?
You can download the 70-696 pdf directly after your purchase and we will send the software to your email in 10 minutes in our working time and no less than 12 hours in our off time.

Q6: How can I know my 70-696 updated?
You can check the number of questions, if it is changed,that means we have updated this exam ,you can contact us anytime to ask for an free update. our sales email : [email protected]

Q7: What is your refund process if I fail Microsoft  70-696 test?
If you fail your 70-696 test in 60 days by studying our study material, just scan your score report and send to us in attchment,when we check, we will give you full refund.

Q8. What other payment menthod can I use except Paypal?
If your country don't support Paypal, we offer another Payment method Western Union,it is also safe and fast. Pls contact us for the details, we will send it to your email.

You need to identify what prevents you from deploying App5 by using a Microsoft Application Virtualization (App-V) package.
What should you identify?
A. the device drivers
B. the installer type
C. the software prerequisites
D. the application architecture
Answer: A

You need to ensure that the personal devices that run Windows 8.1 meet the corporate security policy requirements.
What should you do first?
A. Create a federated trust with Windows Azure Active Directory.
B. Create a federated identity relationship with the Microsoft Federation Gateway.
C. Enroll the device in Windows Intune.
D. Join the devices to the domain by using an offline domain join.
Answer: C

You need to resolve the Windows update issue.
What should you do?
A. Modify the Group Policy objects (GPOs) in Active Directory.
B. Synchronize software updates from Configuration Manager.
C. Create an automatic deployment rule.
D. Add distribution points to each branch office.
Answer: D

DRAG DROP
You need to identify the percentage of Configuration Manager client computers that are missing software updates released by Microsoft.
Which four actions should you perform in sequence on Server3? To answer, move the appropriate actions from the list of actions to the answer area and arrange them in the correct order.

You need to identify which Windows Intune Software Publisher parameter must be specified to deploy the updates to App1.
Which parameter should you identify?
A. a custom detection rule
B. the architecture
C. a default detection rule
D. command-line arguments
Answer: B

You need to generate the security report.
What should you do first?
A. From Windows Intune, configure an alert policy.
B. From Configuration Manager, deploy a configuration baseline.
C. From Group Policy Management, run the Group Policy Results Wizard.
D. From Update Services, configure reporting rollup.
Answer: B

DRAG DROP
You need to identify the steps required to provide management of the Windows 8.1 RT tablets deployed to the sales users.
Which three actions should you perform in sequence? To answer, move the appropriate actions from the list of actions to the answer area and arrange them in the correct order.

General Overview
Proseware, Inc. is an international manufacturing company that has 3,000 employees. The company has a sales department a marketing department, a research department and a human resources department.

Network Infrastructure
The client computers in all of the offices are managed by using Microsoft System Center 2012R2 Configuration Manager. A collection exists for each department. There is a distribution point in each main office.
Proseware is evaluating Windows Intune for the management of personal devices. Currently, Windows Intune is not integrated with Configuration Manager.
The New York City office has the following servers and client computers:
• Client computers that run the 64-bit version of Windows 8.1 Enterprise and have Microsoft Office 2013 installed
• A Windows Server Update Services (WSUS) server
• Five file servers that host multiple shared folders
•A Remote Desktop Services (RDS) server farm
•Hyper-V servers

Each of the branch offices has the following servers and client computers:
• Client computers that run the 64-bit version of Windows 8.1 Enterprise and have Office 2013installed
• A Windows Server Update Services (WSUS) server configured as a replica server
• A file server that hosts multiple shared folders

The users in the sales department use laptops. Often, the sales department users are away from the office for more than a month at a time, during which they have no connection to the company network.
A corporate security policy for the company-owned client computers states that the Remote Desktop feature must be disabled and if a computer is idle for 15 minutes, a password¨Cprotected screen saver must be activated.
Recently, WSUS was integrated with Configuration Manager and several updates were approved and deployed by using Configuration Manager.

Problem Statements
Proseware identifies the following issues on the network:
• When an update to App1 is available, the sales department users report that they do not receive the update until they return to the office.
• Network monitoring reveals that some of the client computers download updates from WSUS servers directly, while some computers download the updates from a Configuration Manager distribution point.
• Some users attempt to update App3 manually by downloading the update directly from the vendor's website. Several of these users report that they fail to install the update due to a lack of disk space.

Planned Changes
Proseware plans to implement a new Bring Your Own Device (BYOD) policy. The policy will allow users to access corporate data and applications from their personal device.
The devices must run one of the following approved operating systems:
• Windows RT 8.1
• Windows 8.1
• Android 4.0
• iOS7.0

Technical Requirements
Proseware identifies the following technical requirements:
• Enforce a corporate security policy for personal devices, which states that all devices that have access to corporate data must have a security PIN and must lock automatically after five minutes of inactivity.
• Generate a security report that lists all of the desktop computers that do not meet the corporate security policy.
• Ensure that the marketing department users can use their applications from their personal device.
• Ensure that personal devices have restricted access to domain resources.

You need to make App4 available to all of the users.
What should you do?
A. Package App4 as an MSI package and upload the installer to Windows Intune.
B. Sequence App4 and use streaming delivery.
C. Deploy App4 as a Configuration Manager package.
D. Deploy App4 to a Remote Desktop Session Host (RD Session Host) server.
Answer: D

You need to recommend a solution for updating App1.
What should you include in the recommendation?
A. Microsoft Updates Publisher 2011
B. the System Update Readiness Tool
C. Windows Intune
D. System Center 2012 R2 Operations Manager
Answer: C

You need to recommend a deployment solution for App6.
What is the best recommendation? More than one answer choice may achieve the goal. Select the BEST answer.
A. Client Hyper-V
B. a local installation
C. a RemoteApp program
D. a Microsoft Application Virtualization (App-V) package
Answer: D

Overview
Litware, Inc. is an international pharmaceutical company that has 1,500 employees, including a roaming sales staff of 30 users.
Litware has a main office and two branch offices. The main office is located in Montreal. The branch offices are located in Toronto and Seattle. All of the offices connect to each other by using a WAN link.

Cloud Environment
Each user has a mailbox hosted in Microsoft Office 365. Directory synchronization is configured between Active Directory and Office 365. Litware uses Windows Intune to manage the client computers used by the remote sales users. Both cloud services use the same public domain of litware.com.

The collection of IDMIF and NOIDMIF files is enabled for the client computers. Auto-creation of software metering rules is disabled.
The sales users use Windows Phone devices. The devices are managed by using Microsoft Exchange Online.

Windows Server and Client Environment
The network contains the servers configured as shown in the following table.

Server11 contains a copy of all the up-to-date Windows and Endpoint Protection definition updates in a share named Updates.
The network contains the client computers configured as shown in the following table.

Application Environment
The sales users use a third-party application named App1. App1 is installed by using a Windows Installer (MSI) package and a Windows Installer transform (MST). App1 updates are released in the MSP format. Updates for x86 and x64 platforms are released separately.
Users in the Montreal office use several different versions of two applications named App2 and App3.
The applications are configured as shown in the following table.

Internet Connectivity
Each office has an Internet connection. Last month, Litware reconfigured its web proxies, enforcing user authentication from all on-premises systems when connecting to the Internet.

Problem Statements
Litware identifies the following issues on the network:
• There are compatibility issues between the applications that run on Server4.
• An older version of App1 runs on some of the laptops of the sales users.
• Since the reconfiguration of the web proxies, Server3 and Server21 can no longer synchronize software updates.

Business Goals
As much as possible, Litware wants to minimize the costs associated with purchasing hardware and software.

Planned Changes
Litware plans to implement the following changes:
• Use Configuration Manager to manage all physical computers, tablets, and phones.
• Integrate Microsoft Application Virtualization (App-V) 5.0 with Remote Desktop Services (RDS) and Configuration Manager.
• Replace the laptops of the sales users with tablets that run Windows 81 RT and make all of the sales applications available through Remote Desktop.

Device Requirements
Litware identifies the following device requirements:
• Windows Phone 8.1 devices are the only smart phones permitted to access email on the Litware network.
• No additional software must be installed on the Windows Phone devices of the sales users.
• Only the sales users must be able to enroll their Windows 8.1 RT devices for management.

DRAG DROP
You need to recommend a solution for monitoring the application usage of the Seattle office users.
What should you include in the recommendation? To answer, drag the appropriate servers to the correct actions in the answer area. Each server may be used once, more than once, or not at all. You may need to drag the split bar between panes or scroll to view content.

You need to identify the minimum number of Configuration Manager metering rules required to monitor the usage of App2 and App3.
Which number should you identify?
A. 1
B. 2
C. 3
D. 4
E. 5
Answer: C