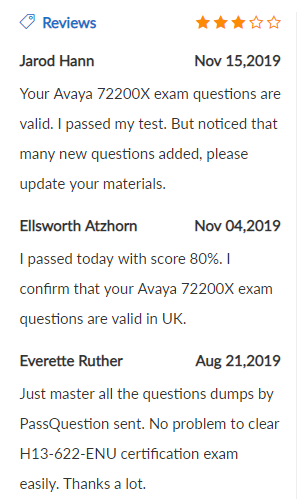 And in recent one week, 10 more candidates also have passed their 72200X exam successfully. Real 72200X exam questions will be sent in PDF file and software, which are the two perfect exam formats to help you prepare well. All the exam questions and answers are colleted and verified by our experienced Avaya experts. After get real Avaya 72200X exam questions, you just need to read all the 72200X Q&As carefully. We ensure that you can pass 72200X exam in the first try, 100% money back included. 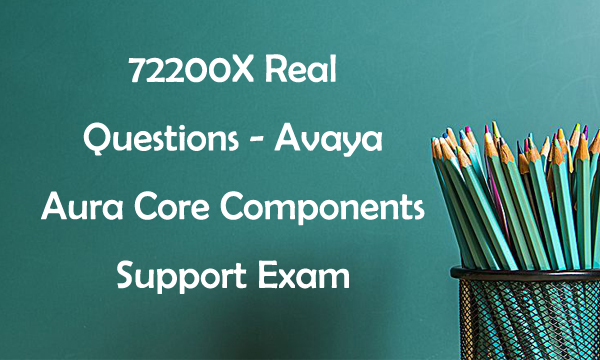 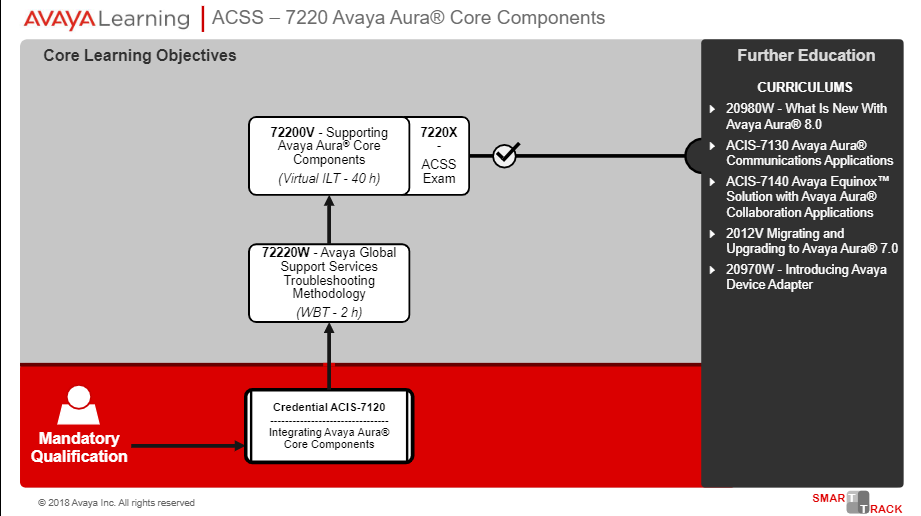 72200X Exam Needs To Be Registered At Pearson VUE

Avaya Certification 72200X exam has 62 questions and the minimum passing score is 68%. The candidate has 105 minutes to complete this exam.We all know that earning an Avaya Credential requires completing specified competency requirements most often in the form of passing Proctored Exams and / or Online Tests. Proctored Exams are offered globally through Pearson VUE Testing Centers. Online Tests are available through the Avaya Learning Center. 72200X Avaya Aura Core Components Support Exam needs to be registered at Pearson VUE.

72200X Exam Questions are Based on the Exam Topics

You are submitting a package of information to Avaya Support for a case you are raising. The files that you are sending include a trace taken using WireShark.
Which file format will the file be in?
A. ws
B. pcap
C. rar
D. jpg
Answer: B

From which website can you obtain resources such as Product Change Notifications (PCNs), Documentation, Knowledge-based articles and make Parts/Service requests?
A. plds.avaya.com
B. avaya-learning.com
C. avaya.com
D. support.avaya.com
Answer: D

A customer calls Avaya support after their telecom administrator was unable to add 50 new telephones for new hires. Avaya support determines that the number of telephone exceeds the capacity that the system supports.
Which pre-installation step was omitted and therefore caused this problem?
A. Accessing support.avaya.com to verify customer systems compatibility
B. Providing accurate licensing specifications
C. Checking the required number of SIP trunks
D. Verifying the version installed is compatible with existing versions
Answer: B

A remote worker using the Avaya Equinox® on the smart mobile telephone obtains a private IP address delivered from the corporate network over WiFi when in range of the wireless hotspot. When the remote worker is out of range of the corporate WiFi it obtains a Public IP address via the 3G/4G mobile Service Provider.
When roaming from the public network to the corporate private network and vice versa, which strategy prevents the user from having to change the SIP Proxy Server address in the smartphone?
A. Virtual Private Network (VPN)
B. Split Horizon DNS with FQDN
C. Avaya Session Border Controller for Enterprise (SBCE) public IP-address
D. Network Address Translation (NAT)
Answer: B